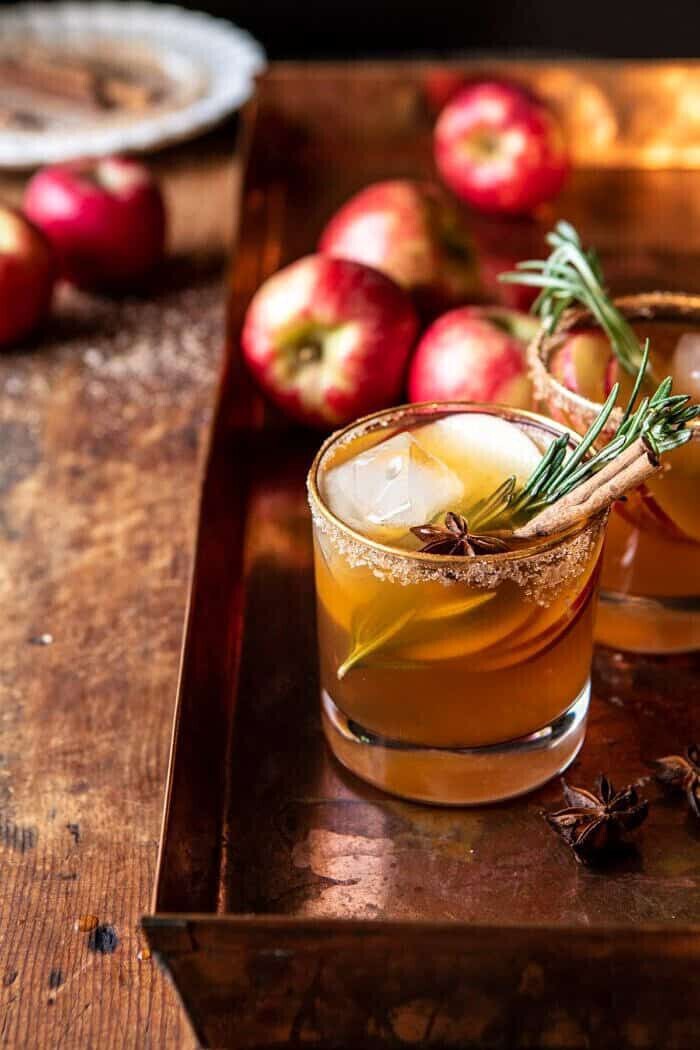 Don’t give up the pleasures of a margarita just because the Summer is behind us. To complement this week’s newsletter on our new stash of tequilas, here is Harry’s special new fun margarita recipe  – just in time for Fall!

Juice from one medium lime

Apple and/or star anise as a garnish

For the spice rim, combine:

Combine the tequila, lime juice, apple cider, dash of cinnamon and agave in a mixing cup with ice. Shake vigorously. Rub lime wedges around the rim of the glass and dip into cinnamon sugar and salt mixture. Fill a glass with ice and and strain mixing cup contents then garnish with a slice of fresh apple.