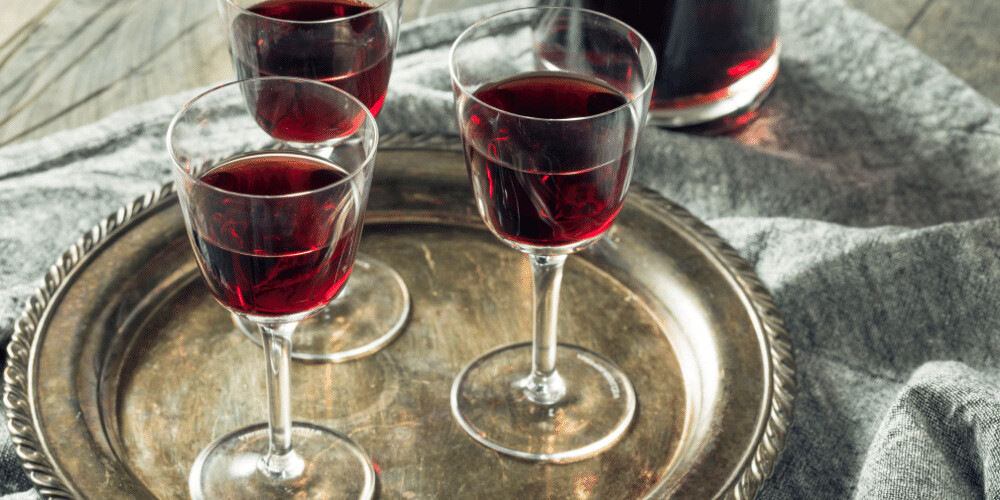 Beginners Guide to Port and Sherry

Not just for Grandma anymore. Gone are the images of little old ladies sipping cream sherry in stuffy sitting rooms. With more and more American restaurants enhancing their digestif selections and millennials embracing the trend, fortified wines are finally having their day in the sun.

While there are dozens of things that separate these wines from each other, there is one thing they have in common. Port and sherry are fortified wines. Fortified describes wines that have been stabilized by distilled spirits like brandy at some point in the wine making process. That fortification increases the alcohol content; and can halt fermentation, which leaves some residual sweetness. Port, Madeira, Marsala, and Sherry are all common examples of fortified wines. To learn more about marsala and madeira, click here. So what really is the difference between port and sherry? Where the wines are made, as well as how the grapes are used and prepared, allow the wines to vary drastically from style to style.

The Grapes: Touriga Nacional, Touriga Francesa and Tinta Roriz (Tempranillo) are common, but more than 80 varieties are permitted.

Flavors:  Notes of Raspberry sauce, candied apple, anise, and cinnamon are common in port. Port is fortified halfway through its fermentation process resulting in  a richer,sweeter, and heavier texture than other wines. It also typically has a higher alcohol content (19.5-22%) compared to other wines.

How to Enjoy Port: Younger ports of all colors serve as an excellent base for spirited, food-friendly holiday cocktails. For food pairings, the berry flavors and lively acidity in Reserve, LBV, and younger vintage ports allow them to pair perfectly with game like duck. As a digestif, decant and serve at the end of a meal with cheeses and nuts (stronger cheeses like stilton work well with port.) Or simply sip after dinner as dessert.

Port can be made in a variety of styles, including:

Ruby Port – the type of port most extensively produced and also the cheapest. It is stored in stainless steel containers to prevent oxidation with age.
Reserve Port – usually made using a blend of many vintages of Ruby port.
Pink Port – made with the same grapes that are used in the production of tawny and ruby ports. This is a light ruby wine with a pinkish hue and fruity flavor.
White Port – made from white grapes, stored in bottles and can be dry or very sweet. This wine can be served in cocktails or served on its own.

Tawny port, made from red grapes, aged in barrels and golden brown in color, it boasts a “nutty” flavor. This is a sweet or medium dry wine and considered a dessert wine.
Tawny Ports can be 10 year, 20 year, or 40 year.
Colheita, which originates from a single village of the same name, they are usually aged in barrels for 20 years or so before being packed and sold, they must be aged a minimum of 7 years. Since the wines are an aged tawny they don’t need decanting and can be open for several weeks without changing.
Garrafeira, made from grapes of a single harvest and aged first in barrels (for 3-6 years), and then in glass (for eight years or so).
Late Bottled Vintage (LBV) can be filtered or unfiltered. This type is generally aged in barrels for longer period compared to young ports. The ones filtered are ready for consumption once filtered, while the unfiltered one has to be decanted before consuming.

Age worthy Ports can include:

Crusted port wines are a blend of port wines from different vintages
Vintage port, made from the grapes of a vintage year and usually aged in barrels for about 2 and a half years before bottling.

Where? Jerez in Andalusia, Spain.

Flavors: Sherry boasts intricate flavors of nutty saline, jackfruit, and preserved lemon. Sherry has an alcohol content of 15-20% (slightly less than port) as fermentation is halted after completion. Most Sherry is then aged in a solera system, in which vintages are blended together to ensure the consistency of the final product.

How to Enjoy Sherry: Enjoy with mild cheeses, olives, charcuterie, and tapas. The lower alcohol and saline quality make it a great aperitif. With oysters, Fino and Manzanilla Sherry are excellent choices.

Most sherries are dry, with a few exceptions:

Fino is the driest type of sherry aged in barrels witha layer of flor (yeast) on top to prevent exposure to air.
Manzanilla is a light variety of fino sherry, which comes from the port of Sanlúcar de Barrameda. This has a briny character due to being aged in solera’s that are near the ocean.
Amontillado is a type of sherry which is first aged under flor but then exposed to air for some duration and as a result is a darker variety.
Oloroso is a much darker and richer wine exposed to air for a longer duration than other types of sherry, and is the most alcoholic sherry.
Palo Cortado is a rare type of sherry with characteristics similar to amontillado and oloroso.
Sweet sherries are made by fermenting either Moscatel or Pedro Ximenez (PX), they are named after their respected varietals and have a sweet taste and dark brown or black color. Cream sherry is a level of sweetness in this category. Generic sweet sherry is made from a blend of Moscatel and PX.

We are happy to answer any questions you may have regarding the difference between port and sherry, (as well as other fortified wines or their pairings.) Feel free to respond here, or on our Facebook Page.